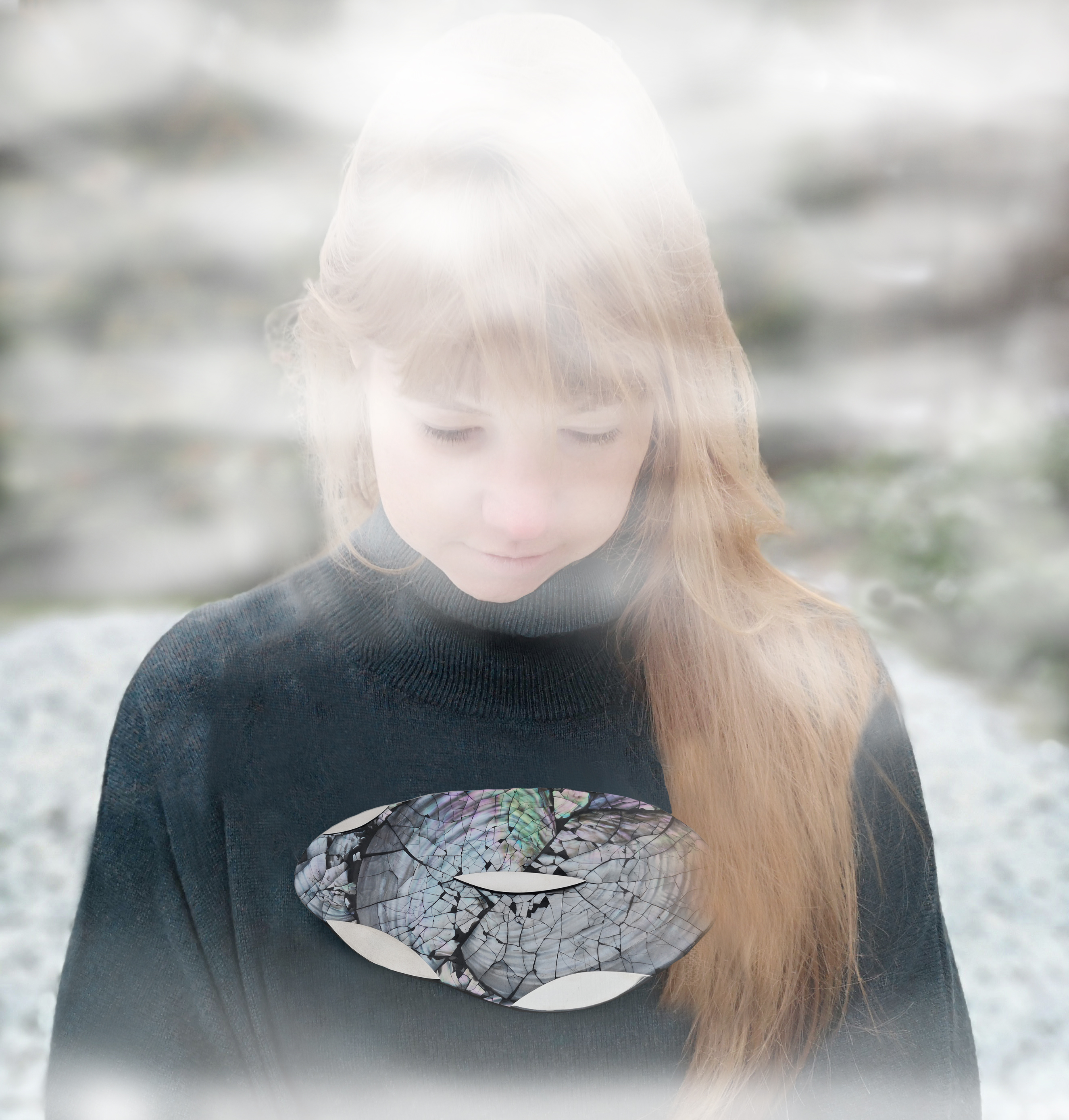 On Friday 7 February at 6pm, Krista Laos will open her solo exhibition in the Vault of A-Gallery.

Laos has said that she feels like a child or a god, taking materials apart and rearranging the details to create her own worlds. With DREAMWALK, she is putting the emphasis on her materials of choice – silver, mother of pearl, precious stones and pearls.

“DREAMWALK has two origins. From one end, the splendour and spirituality of Seto brooches, from the other, the utterly irresistible materials such as mother of pearl, rock crystal quartz, silver and steel. Their unison is inviting. The moonlight, woman and the moon are tied for eternity – both carrying fluidity and mystery as their birthright. DREAMWALK is the feeling that moonlight can be pinned to the chest”.

Krista Laos will introduce her practice at a public talk that will take place on Saturday February 22 at 13 pm.

KRISTA LAOS is a jewellery designer. She has graduated from metalworking at the Estonian Academy of Arts (1978), is a member of the Estonian Artists Association and works at the jewellery design studio Ehtedisain at Katariina Guild since 2000. She has participated in numerous solo and group exhibitions, most notably in Limoges (1990), Cincinnati (1991), Washington (1995), Moscow (1989 and 1993), Beijing (2004) and Berlin (2015). She has taken part of the nomadic exhibition Baltic and Nordic Jewellery Art (Denmark-Finland-Sweden, 1991) and the exhibition Baltic Jewel in Madrid (2004). In 1999, she received the Ede Kurrel prize of the The Estonian Association of Jewellery and Blacksmiths. Her works are part of the collection of the Estonian Museum of Applied Art And Design.