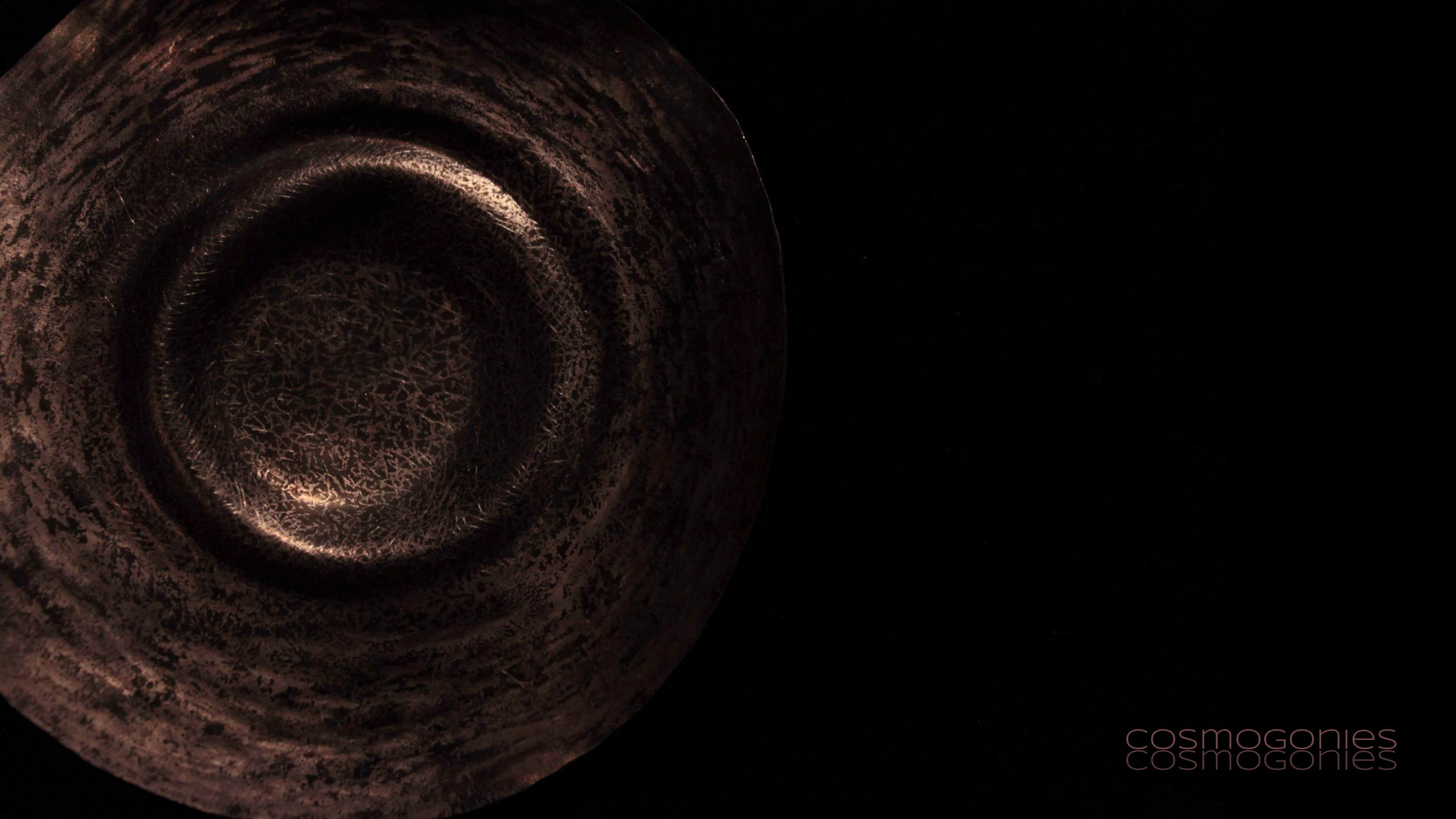 Opening on the 9th of January at 6pm.

The new decade in A-gallery opens with an exhibition by a young jewellery artist Federica Cogliandro.

The exhibition follows the path of her artistic research that originates from the study of the sign, with a dual and simultaneous development – graphic and material – seeking her own vocabulary and language.

The sign is creator. It is the primogenium element of cosmogonic visions, a condensation of energy and form in gestation. It contains the dynamism of the gesture that determines it. The succession of small marks – traced, engraved, pressed – features the slow unfolding of form creating atmospheric textures and alternating light and shadow, solids and voids, compressions and rarefactions, illusory or tangible.

The project aims of creating a new cosmogony. Every piece is a microcosm within a universal macrocosm (the installation). The vibrant particles of signs, like primordial matter in eternal movement, modulated in a myriad of rhythmic variations and stratified in a continuous flow, create a texture of which matter and light are the warp and weft.

Federica Cogliandro is an Italian artist, interested on the interaction between different disciplines, materials and techniques and how to combine them to enrich her artistic research.  Born in Rome, she is currently based in Tallinn, Estonia. She holds a BFA with an emphasis on drawing and printmaking from the Academy of Fine Arts in Rome and in June, 2019 she completed her MA in Jewellery and Blacksmithing at the Estonian Academy of Arts under the supervision of Kadri Mälk. During her studies she did a traineeship at the Atelier of the master goldsmith Giovanni Corvaja for nearly a year. Her works have been exhibited in Italy, Spain and Estonia.