“I’ve always been told chestnuts are lucky. They’re so commonplace everyone has a personal recollection – something of a mundane talisman that binds our past to our present.” – Ketli Tiitsar at the A-gallery exhibition MEMORY CARDS (2019)

I graduated from the speciality of jewellery of the Estonian Academy of Arts in 1997 and continued in Master’s study; I have also improved myself in Norway and the Netherlands. In 1996 we founded the art group F.F.F.F including five members. We made conceptual photography, videos and installations beside jewellery for almost ten years. In jewellery exhibitions I have participated since 1994. During this period there have been more than 75 group exhibitions in Estonia and abroad, and three personal exhibitions, one of them also in the Safe of A-Gallery (2010).

I have also organised, supervised and designed exhibitions in the Estonian Museum of Applied Art and Design and elsewhere, held lectures and organised Tallinn Applied Art Triennials for more than ten years. 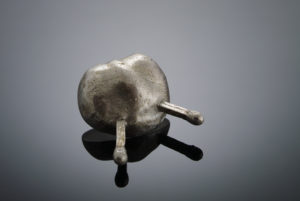 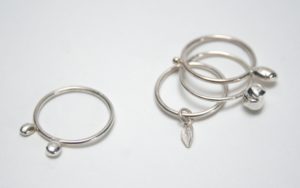