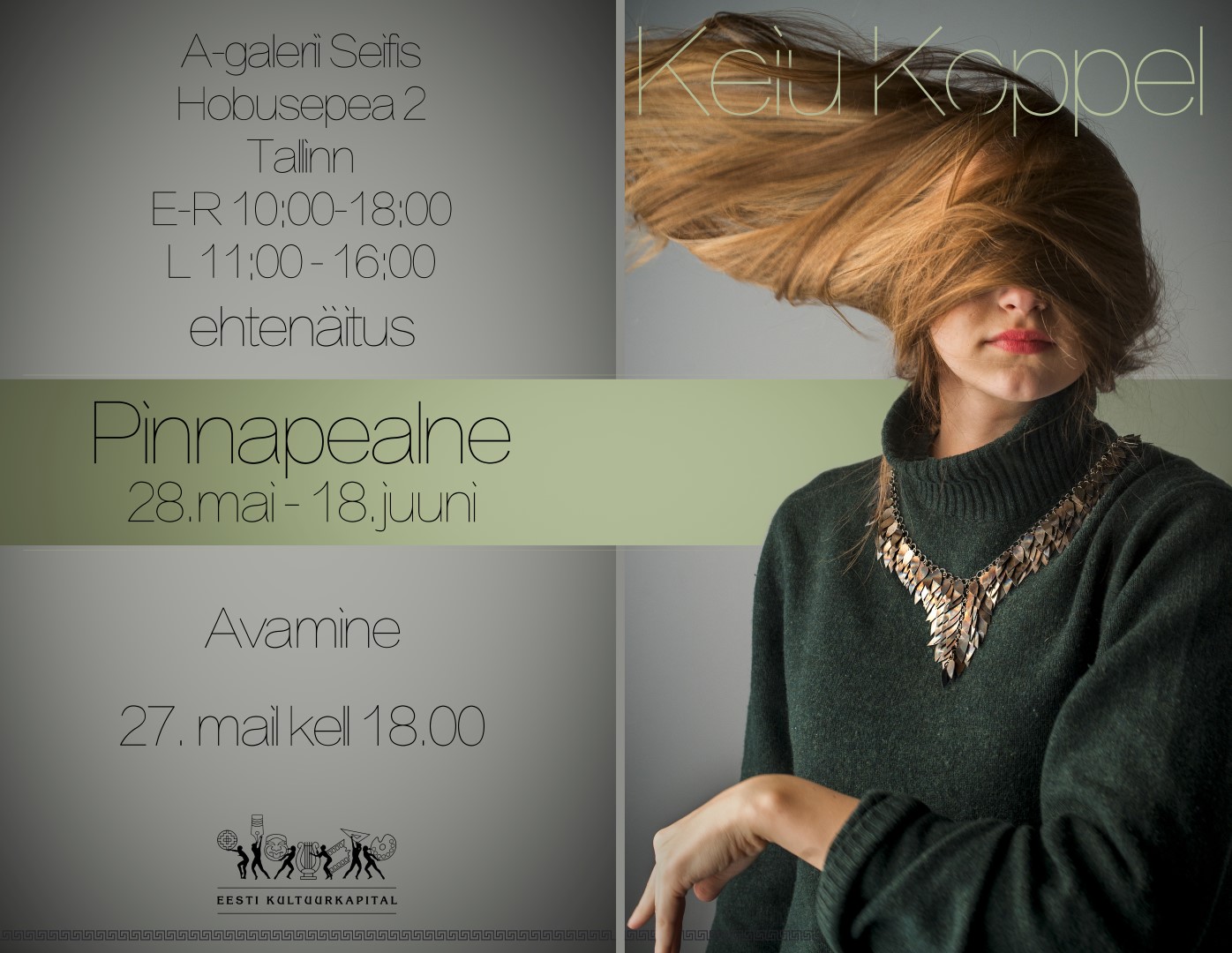 by A-galerii
0
Exhibitions
Keiu Koppel
SUPERFICIAL
28.05.–18.06.2016
When an artist discards a romantic-poetical point of view both to nature and human society and takes a hold of a magnifying glass and a microscope instead, a world of various patterns, textures and structures will open up. Indeed, everything seems to be possible to be reduced to regular structures: cells, tissues, leaves, scales, hair, thorns, sand … However, besides the patterns visible with the magnifying glass or with the naked eye the invisible patterns are also perceivable. The existence of such systems is revealed by language as well. In daily life, we use expressions such as pattern of thinking and social structure without being really able to touch or see them, even if it is possible to depict the concepts as images or words. Words referring to the existence of invisible patterns are an example of the human need to arrange the world. People try to systematize the invisible according to the same logic that we are used to see in nature, compared to the structure of a human being. We are complicated organisms consisting of numerous moving surfaces, while at the same time we form even more complicated structures that constitute human society.
To certain extent, organizing the world is characteristic to all people. The levels of curiosity and direction are, however, different. While some people are content when understanding simple structures, other people have the necessity to reconstruct and interpret everything. Disassembling is an unavoidable part of any kind of construction process – similarly, when preparing moving surfaces for jewellery, I had to destroy solid sleek tin.
Physically we wear jewellery items on the top of our surface that makes jewellery superficial. The work exhibited at the current exposition has been inspired by textures that appear in nature. The pieces with moving surfaces have been made from metal that has been formed into wearable jewellery. Various metals have been used: iron, titanium, silver and jewellery stones. The mobility of surfaces has been achieved through the use of classic goldsmith’s techniques. All elements of exhibited jewellery have been cut out manually.
You are welcome to the opening of the exhibition in A-Gallery at 6pm on May 27, 2016.
Exhibition is held in A-Gallery from May 28 through June 18, 2016.