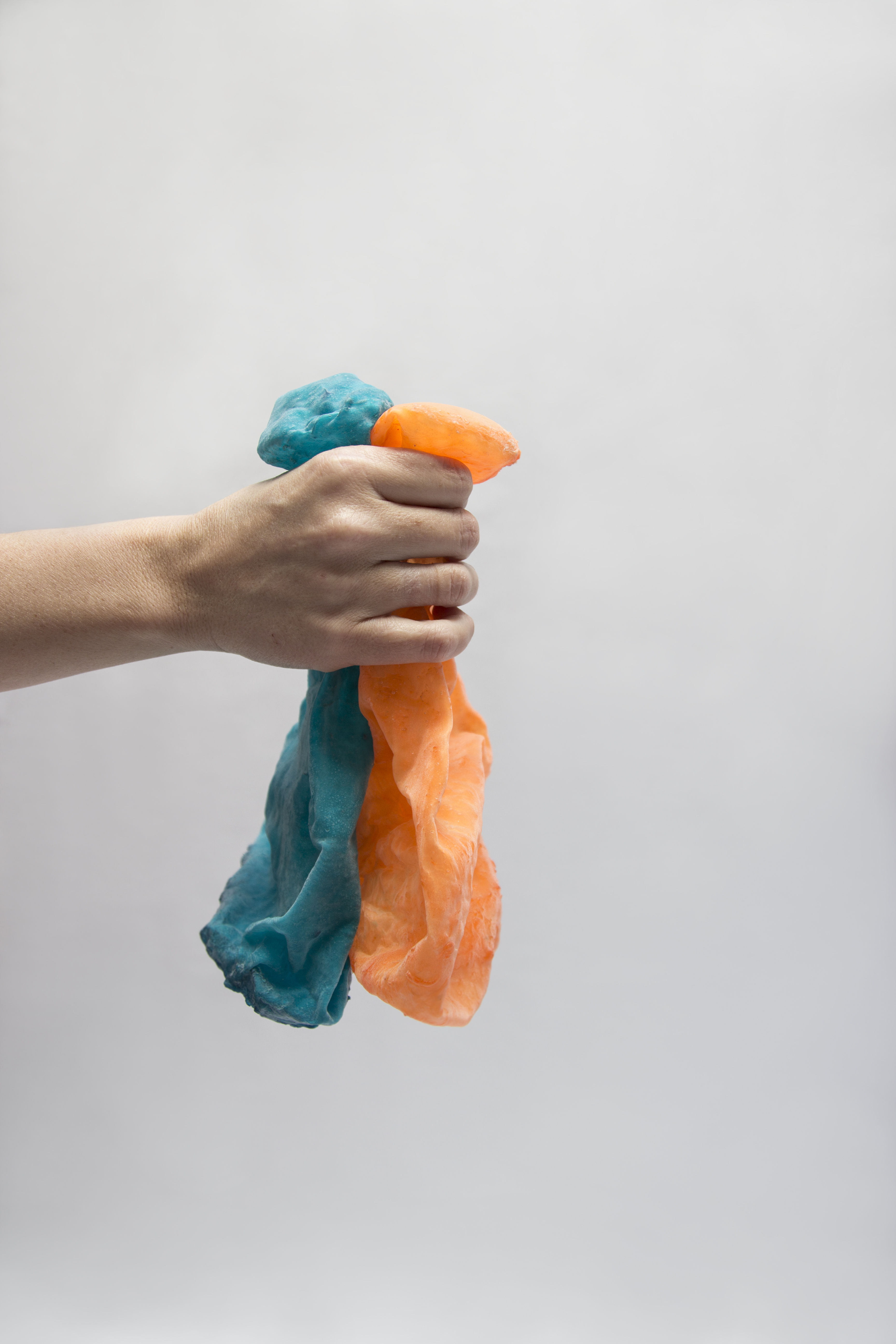 Sille Luiga PARTY’S OVER in the Vault

From Friday 29 May, the Vault of A-gallery hosts the solo exhibition of jewelry artist Sille Luiga. The exhibition, initially titled PARTY, was intended to take place in April. In the winds of the historical events, it developed into a new iteration – PARTY’S OVER.

The objects presented at the exhibition can be seen as a bittersweet quest to finding sanctity in contemporary life that is often void of meaning. Through the prism of absurdity, the exhibition ponders on the use and uselessness of the celebratory state of mind, as well as the use in said uselessness.

Below some notes of a party that’s over:

“The party is over. Why, with whom, when, where, to whom, how – these details do not matter. What matters is whether the party was fun or not.”

• I have noticed that in Estonia many things, like childhood, school time, and even life itself, are trivially compared to a party. Party seems like a simple pleasure – responsibility and rules do not play a remarkable role, as one can only participate and doesn’t have to worry about the organizing.

• The phrase ‘party’s over’ is also thrown into the air very lightly. Party as an adjective is uniformly applied to the whole period before the disaster. It is noted with a bittersweetness that time seems to reveal a pattern, a regularity, that the good times don’t last and punishment for them is certain. Situations where the phrase “party’s over” is used are usually not appropriate for it, because a party is valued by how special and extraordinary it is. The disaster that makes people say ‘party’s over’ is not the opposite of a party. For me, the opposite of a party is a smooth passage of time without special moments. A quick change, a surprise, means that the party has just begun.

• A party is a revolt against the steady passing of time. Party wins moments but loses to eternity. Eternity will always be boring. I do not believe that man should go through his life doomed dull forever. Instead, time should be wasted, so the indifference of time could be resisted. Moments must be heightened.

• Parties can be life-changing or at least they celebrate life-changing events. What should I remember, commemorate, celebrate, forget? Birth, birthday, marriage, funeral, in memoriam day, Easter, Midsummer’s day, Halloween, Christmas, ordinary get-togethers, complete ragers, weeks of binge drinking – just to name a few. Has partying become outdated? Half from the list of celebrations have become very rare occasions in my life. Would more parties save humanity? Save from what? From an eternity of boredom probably.

Sille Luiga (1994) is a master student of jewelry art at the Estonian Academy of Arts and has also studied in Italy and Belgium. Recent exhibitions she has participated in are NID SHOWROOM in London, XENTE NOVA in Santiago de Compostela and JEWELRY AND ANATOMY in Porto. The exhibition PARTY’S OVER is her first solo exhibition. With her objects she wishes to explore ideas about decorating and adorning in a broad absurd embracing way. Soon Sille will defend her master’s thesis on the same topics.